What do Chancellor Donde Plowman, plastic soda bottles, and COVID-19 have in common? They each play a part in the elaborate pooled saliva testing underway for the fall semester to help keep UT students, faculty, and staff safe during the pandemic. 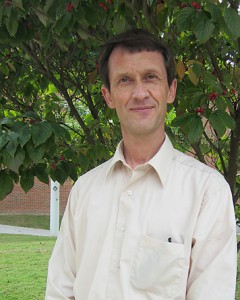 UT-Oak Ridge National Laboratory Governor’s Chair for Microbiology and Civil and Environmental Engineering Frank Loeffler and UT-ORNL Graduate School of Genome Science and Technology Director Albrecht von Arnim are leading a team from the College of Arts and Sciences that is designing a pooled saliva testing program to track COVID-19 as students return to campus. 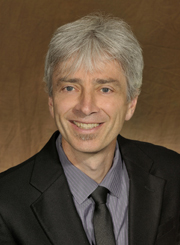 Pooled saliva sampling is ideal for an institution such as a college campus. It works by combining individual saliva samples together—from residents of a floor in a dormitory, for example—increasing throughput and allowing for testing more people, thereby saving time and resources.

It also provides a necessary layer of anonymity to allow the university to legally collect saliva samples from individuals without also collecting identifying information. The pooled sampling process protects individual identities, but will inform people who are part of a cohort that included a positive test result to seek individual testing in the Student Health Center.

“Since the early days of the pandemic, many working groups and task forces all over the country have stressed the importance of testing portions of the population on a regular basis,” said von Arnim, who is also associate department head of the Department of Biochemistry and Cellular and Molecular Biology. “This is an attempt to implement a widespread testing capacity with very limited resources.”

The team hopes to test 500 people per day, or 2,500 people per week, beginning with the undergraduate student population. Several hurdles had to be overcome to even begin to meet that goal, not the least of which was acquiring a new automated instrument to extract the RNA from all of the saliva samples.

Due to the pandemic, the instrument is in high demand. Initially, the company representative told the team  their order might not be available until October, which was far too late to implement the saliva testing program. That is when they got help from a higher power.

“We brought this to the attention of the administration, and we were very happy that we got support from the chancellor’s office,” said Loeffler. “The chancellor signed a letter explaining the surveillance testing we wish to implement at UT, and the company responded that they can get the instrument to us by the first week of August. The chancellor’s office helped move it forward.”

Another hurdle to overcome was the cost of the plastic saliva collection tubes. Typical saliva sample tubes cost about $10, which would mean $5,000 per day to make the program work—far too a high cost for a public university.

“One of the major goals was to set up a system to allow us to test a large student population at a reasonable cost that the university can pay for,” said von Arnim.

Using their connection with ORNL, the team was able to locate a manufacturer in Ohio that produces plastic soda bottles. They learned that in the earlier part of the manufacturing process the bottles are perfect tubes for saliva collection, ordering  the first batch of 15,000 tubes for a mere 10 cents each.

This project is feasible for a university such as UT because of the comprehensive expertise, laboratory facilities, and trained staff already on campus. Back in March, von Arnim’s doctoral students even told him, “We’ve got this. Why don’t they just let us test ourselves?”

Indeed, the molecular biological technicalities of testing for the virus are well within the capabilities of the personnel at UT. The logistical hurdles, however, can be very challenging—from stressing the urgency and importance of testing to convincing the administration that the project is feasible, allocating the resources for it, obtaining regulatory approval at many levels, and so on.

“Fortunately, everyone at the university has been pulling together in the same direction,” said von Arnim.

The team has been working overtime to get the rollout ready before the campus resumes courses for the fall. Currently, they are seeking to hire someone to oversee the saliva collection and working with organizations across campus to aid in streamlining the process.