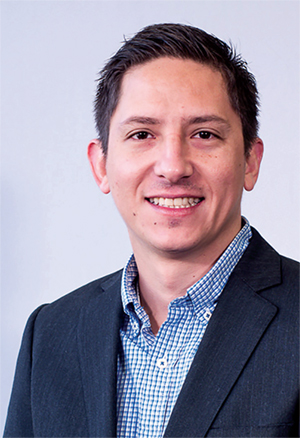 Located where the Gulf of California meets the Pacific Ocean, Los Cabos, the home of Gabriel Jose Fuente Gomez, is one of the sunniest locations in the world. Growing up, Gabriel spent most of his time fishing and snorkeling in the world-famous reefs off Los Cabos, but his real passions were math and chemistry. During the last year of undergraduate studies, Gabriel moved from the vacation paradise of Los Cabos to the northern state of Sonora to pursue an internship at a research center in food and development where he worked on a design of new food products based on squid. Gabriel found that experience exciting and when his internship ended, he stayed at the research center and obtained a MS in food science while studying triggerfish myoglobin and how its structure changes during ice storage leading to fish discoloration. Still passionate about science and biochemistry, Gabriel spent two years stuffing sausages and making hams (hard work!) in the food industry to save money for exams, school applications, and visa paperwork before starting graduate school at UT in 2014.

In 2015, Gabriel joined Liz Howell’s lab. His current work focuses on understanding the effects of macromolecular crowding on the activity of dihydrofolate reductase, an enzyme that helps bacteria to synthesize folate (vitamin B9). Most knowledge about enzyme kinetics comes from assays performed using purified protein in a test tube. But how do enzymes work in the more crowded environment that exists inside of a cell? Studying proteins in their native environment is still in its infancy and Gabriel hopes that in the long term his work in that area can be applied to drug discovery. Gabriel also is participating in a collaborative project with Smith’s lab and is a co-author on this year’s paper, “Effects of carotenoids on lipid bilayers,” published in the journal Physical Chemistry Chemical Physics. Doing PhD work is not just gathering scientific facts; the most important lesson that Gabriel learned doing research is perseverance. “Sometimes experiments fail but you need to be patient and ask, why?” 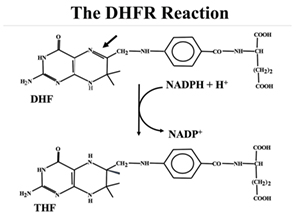 Another lesson Gabriel learned is that giving back to society is important and rewarding. While at UT, Gabriel has volunteered to judge several local science fairs and science demonstrations at elementary schools. Abroad, Gabriel has been selected two years in a row to be an instructor for Clubes de Ciencia (CdeC) in Mexico. CdeC is an international nonprofit organization that promotes science education in under-developed Latin American countries. Gabriel developed a one-week, hands-on workshop for high school and college students where they learned about protein structure by purifying and crystallizing lysozyme and by using online databases for protein visualization. At the end of the workshop, students had a better understanding of how the study of protein structure helps researchers design new drugs. Gabriel’s goal during the workshop is to have a strong impact on up-and-coming talented students, making their scientific pursuit more tangible.