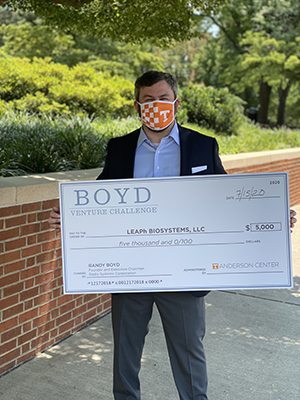 In 2015, a group of BCMB graduate students identified that more programming was needed to enrich the graduate student community in BCMB and beyond. Although the scientific training they were getting in their mentor’s lab was strong, there were gaps they thought could be filled by additional programing so they expanded the activities of the BCMB Graduate Student Organization (GSO). Kate Halter (formerly Abrahamsson) was elected as the GSO president to guide these efforts initially. Since then, the BCMB GSO has hosted various workshops and seminars and has acted as a means of communication between the graduate students and BCMB leadership. Additionally, members of the GSO have been important in advocating to the upper administration for graduate student fee waivers and increased stipends.

The GSO kicked off their efforts by hosting Dave Jensen, who writes the “Tooling Up” column for Science Careers, hosted by the American Association for the Advancement of Science. He provided insights on scientific careers outside of traditional, academic careers. The GSO received two grants from the Student Programming Allocation Committee (SPAC) to fund an Art for STEM lecture and an informational workshop on the cutting edge gene editing CRISPR technology. The Art for STEM lecture, hosted by Yvonne Blanco, managing senior scientific illustrator and designer at Cell Press, allowed students from across STEM departments at UT to show and get feedback about their in-progress figures in front of a live audience.

Justin Westerfield took over as the GSO president from 2017 to 2019. The organization continued creating opportunities and connections within our department and across campus. During a weeklong 75 years of ORNL event, Nathan Brady coordinated a tour for graduate students and faculty to the High Flux Isotope Reactor and Spallation Neutron Sources at ORNL. The week culminated with a presentation by Ruth Huddleston, a local Calutron Girl and Oak Ridge historian D. Ray Smith. The Calutron Girls were part of a local workforce that unknowingly maintained mass spectrometers (calutrons) at ORNL for the enrichment of uranium for the Manhattan Project. This event provided a unique opportunity to build connections with ORNL and for the public to learn about this interesting story from East Tennessee.

The following year, the GSO upped the ante by bringing Nobel Laureate Martin Chalfie to UT for a day of meetings with graduate students and professors. This provided an excellent opportunity for researchers here to interact with a top-notch scientist. Chalfie finished the day with a talk to the public about the process of scientific discovery and the discovery of the use of green fluorescent protein as a scientific tool, which led to the Nobel Prize for him and two colleagues. Broadening the focus to a wider scientific audience, Westerfield ended his term on a high note by hosting Joe Palca, science correspondent for NPR and creator of “Joe’s Big Idea” (a radio series on NPR), to speak with students from diverse STEM departments about his path into science journalism.

At the end of 2019, SPAC funding ended so the GSO needed to get crafty, literally. They started raising money with bake sales and even designed and printed a department T-shirt to fund department get-togethers and BBQs. Nathan Brady took over leadership of the GSO and he had a UT branded BCMB T-shirt made to raise funds for programming activities. With money raised from sales of these shirts, the GSO planned field trips to the CDC in Atlanta and St. Jude’s research hospital in Memphis, but these have been delayed due to COVID-19. The funds will be used for future events under the leadership of Dana Layo, who just started her term this fall.

In the midst of the pandemic, the topics being discussed by the GSO have taken a much more serious tone. The goal of fostering and maintaining cohesiveness in our work environment has new challenges and for this reason, the GSO is more important now than ever. Staying connected is the key and that is exactly what the GSO is all about.