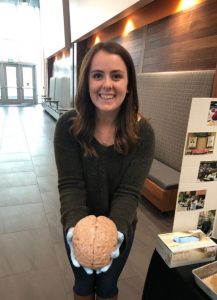 From an early age Dana Layo-Carris knew she wanted a career in research.

“I grew up on the coast of Massachusetts and from a very young age our science classes were focused on marine biology, the biodiversity that we could find in our back yard, and climate change, specifically erosion, which has significantly changed the coastline of my hometown over the last 30 years.”

Layo-Carris carried out research all four years of her undergraduate degree working in a synthetic chemistry lab and did a summer geochemistry project too. Although she knew she wanted to go to graduate school, she did not know what kind of research to pursue.

“I wanted to apply to graduate schools that had diverse research in the department and had research rotations, since I didn’t know what I wanted to do yet; which is what brought me to UT,” Layo-Carris said. “When I visited the department for interview weekend I was surprised to find such a welcoming community of scientists that were more interested in collaborative research and having an actual graduate student community in comparison to other schools.”

In fall of 2016 Layo-Carris joined the BCMB PhD program at UT and after lab rotations she joined the Krishnan lab which studies brain development. Prior to rotating in the Krishnan lab, she knew nothing about neurobiology, but quickly became interested in studying the cellular basis of behavior and disease.

“We study Rett Syndrome, which is a rare genetic neurological disorder, in a mouse model system,” Layo-Carris said. “I have identified tactile sensory deficits in the female mouse model of Rett Syndrome, in the pre-symptomatic stage showing that sensory deficits precede Rett Syndrome symptom onset in the mouse model, similar to what has been seen in human patients. These tactile deficits are caused by the atypical regulation of perineuronal nets, structures that form around neurons solidifying new neural connections after new learning experiences.” 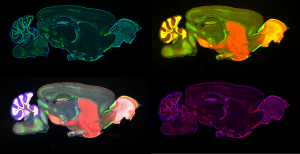 “One of the coolest things about researching Rett Syndrome, is the community of patients, families, and researchers across the country. We have been involved in many events where we get to meet patients and their families and ask them what they think we should be investigating or what our next research project should be.”

Layo-Carris just finished her doctorate in August of 2021 and has taken a postdoctoral position at Children’s Hospital in Philadelphia.

“I think the best part about our department is the diverse nature of the research that promotes collaboration,” she said. “While there are not many neuroscientists in our department, I have worked with other cell biologists on microscopy, computational biologists on new ways to visualize my results, and molecular biologists on the next steps for this project”