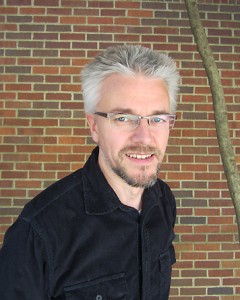 The main focus of our lab is to study transport within plant cells and their function in setting up and maintaining the differential distribution of cellular components from proteins to organelles. The central objects of the research are myosin proteins in the model plant Arabidopsis thaliana. This class of motor proteins can move entire organelles through the cell and is also responsible for cytoplasmic streaming. These movements are likely to affect the functioning of organelles in the secretory system that have a constant exchange of membranes and proteins between them. As a second line of inquiry we are also studying these membrane transport processes, particularly to and from the Golgi apparatus. Our research involves cell-biological, biochemical, molecular, and genetic approaches, such as live-cell imaging, tissue culture, protein-protein interactions, mutant analysis, proteomics. Additional information can be found on the Nebenführ lab page.

E. Park, A. Nebenführ (2013) Myosin XIK of Arabidopsis thaliana Accumulates at the Root Hair Tip and Is Required for Fast Root Hair Growth. PLOS ONE 8:e76745.