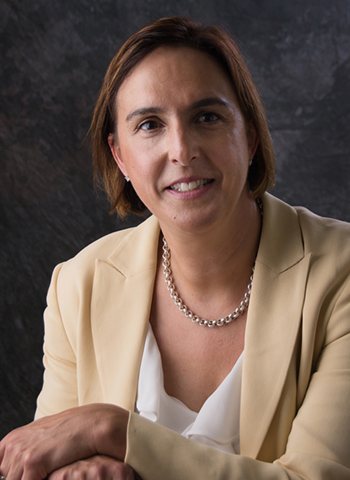 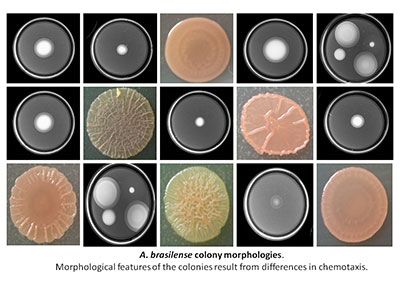 The overall research in my laboratory focuses on characterizing at the molecular level the strategies used by bacteria to adapt to changes in the environment. Sensing of the surroundings allow cells to monitor and respond to changes in environmental conditions. We are using bacterial chemotaxis in the soil bacterium Azospirillum brasilense and the contribution of chemotaxis to the establishment of A. brasilense-cereal roots associations as a model system. Chemotaxis, the ability of motile cells to navigate in gradients of chemoeffectors, is a key determinant of the ability of diverse motile bacteria to colonize surfaces as well as to establish symbiotic, pathogenic or commensal relationships with various hosts. Bacterial chemotaxis has been well-characterized in model microorganisms such as Escherichia coli. Recent comparative genomics analyses indicate that most bacteria, in particular soil bacteria, possess multiple chemotaxis systems, the function of which is not clear and that chemotaxis signal processing in non-model bacteria is significantly more complex. A. brasilense is a tractable representative of the chemotaxis complexity found in soil-dwelling bacteria and our group has developed a suite of assays to quantitatively characterize chemotaxis responses in this species. Ongoing research addresses uses biochemistry and microbial genetics as well as mathematical modelling and engineering of novel imaging systems and organisms to address the following questions: how are signals detected and processed by two independent chemotaxis systems to produce a coordinated chemotaxis response? What are the signals perceived by chemotaxis receptors? How are metabolic cues integrated with chemotaxis signaling via chemoreceptor? How does a single chemotaxis pathway affect multiple cellular behaviors? What are the spatio-temporal dynamics of bacterial chemotaxis in the rhizosphere of plants?