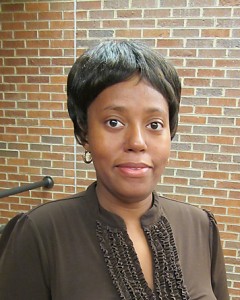 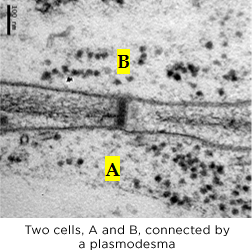 We are interested in investigating how transport via plasmodesmata is regulated, and also in how plasmodesmata themselves are established and differentiated during plant development. Two Arabidopsis thaliana mutants with altered plasmodesmal development and function, increased size exclusion limit (ise)1 and ise2 have increased intercellular trafficking and increased numbers of plasmodesmata. Studies in these mutants reveal that plasmodesmal development and function are regulated by signals produced primarily by the chloroplasts.  We are adopting two complementary approaches for understanding how these signals impinge on plasmodesmata. The first is the biochemical and molecular characterization of ISE2, which is a predicted chloroplast RNA helicase. The second approach is sophisticated morphological characterization of PD structure during development. For this we are combining state-of-the-art tissue preservation techniques coupled with transmission electron tomography and electron tomography to understand how plasmodesmal structure affects function. These studies will help illuminate the critical roles of plasmodesmata and intercellular communication during plant growth and development.