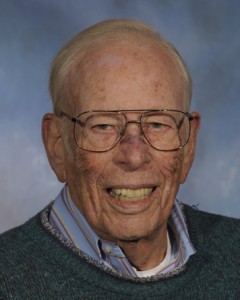 My field is cryobiology, the branch of biology that is concerned with the responses of living cells to freezing and very low temperatures. All living cells require liquid water and appropriate temperatures to function. Freezing constitutes a dramatic perturbation of these conditions, and consequently, the study of how cells respond to this perturbation may help elucidate the role of liquid water in living cells and in intracellular constituents such as proteins and nucleic acids. Furthermore, these responses involve fundamental physiological and physical chemical processes like osmotic flow; and freezing injury primarily involves damage to the cell’s outer membrane, a vital and complex component of cells.

For the past eight years, our laboratory has been analyzing the involvement of these physical processes and forces in the survival or death of cryopreserved unfertilized eggs from mice, zebrafish, and the frog Xenopus, and cryopreserved yeast, and Chinese Hamster V79 and COS-7 tissue culture cells. We chose these cells primarily because they serve as excellent models for examining the mechanistic aspects of the field. But simultaneously much of cryobiology has had and will continue to have major practical ramifications. In 1972, my group, then at the Oak Ridge National Laboratory, became the first to successfully cryopreserve early mouse embryos. This led in rather quick succession to the successful preservation by others of cattle and then human embryos. The first has played a major role in the genetic improvement of livestock; the latter has played a major role in clinical assisted reproduction.

One intriguing aspect of cryobiology is its relevance to the search for extraterrestrial life. In this venture, NASA has made its goal “To follow the trail of liquid water,” Mars is tantalizing in this regard. It is the current consensus that long-long ago, the planet had considerable liquid water but that it was subsequently lost because of decreased temperature and atmospheric pressure. But perhaps not all has been lost, for the recent surface rovers have obtained photographic evidence of its existence.

Seki, S., K. Edashige, S. Wada, and P. Mazur. 2011. Effect of the expression of  aquaporins 1 and 3 in mouse oocytes on the nucleation  temperature for intracellular ice formation. Reproduction  (Accepted 07/05/2011),

Seki, S. and P.  Mazur (2010) Comparison between the temperatures of intracellular ice formation  in fresh mouse oocytes and embryos and those previously subjected to a  vitrification procedure Cryobiology 61: 155-157.

Mazur, P. (2010) A  biologist’s view of the relevance of thermodynamics and physical chemistry to  cryobiology, Cryobiology 60: 4-10.