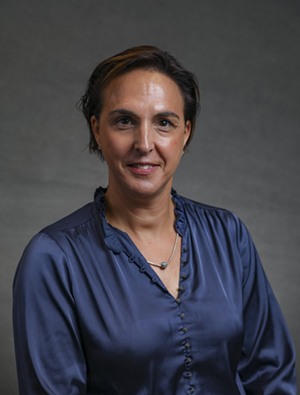 Gladys Alexandre, professor and head of the Department of Biochemistry and Cellular & Molecular Biology (BCMB), received the American Society for Microbiology’s (ASM) William A. Hinton Award for Advancement of a Diverse Community of Microbiologists in September 2019.

The award recognizes the outstanding contributions of professors encouraging and training minorities and increasing diversity in microbiology. The ASM gives the award in memory of William A. Hinton, one of the first African Americans to join the ASM.

“I was speechless. I had no clue I was nominated,” Alexandre said. “That, I think, says a lot about how much people might appreciate what you do without telling you. To me, I thought that was the most rewarding.”

Alexandre was also the principal investigator of the Program for Excellence and Equity in Research (PEER), an initiative that aims to increase the number of underrepresented doctoral students in science, technology, engineering, and math (STEM) fields at UT.

The award acknowledges the hard work and efforts made by the UT faculty to expand diversity throughout the university, especially in STEM departments.

“We have a lot of faculty who are interested in engaging students who are academically disadvantaged, who aren’t on the traditional path, who are different or don’t have access,” Alexandre said. “There’s always someone who is going to help you.”

The American Society for Microbiology is the largest single life science society, composed of more than 30,000 scientists and health professionals. ASM’s mission is to promote and advance the microbial sciences.

See the list of all 2020 ASM Award Winners here.