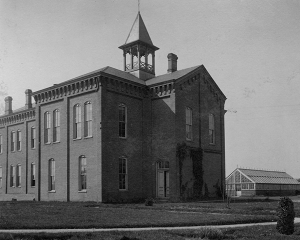 Most of us just assume that the Department of Biochemistry & Cellular and Molecular Biology (BCMB) has been around a long time and has not changed much. But, BMCB is actually fairly young and is the result of three departments, botany, zoology, and biochemistry, merging.

The botany and zoology departments would be more than 100 years old if they were still separate departments. Lexemuel Ray Hesler (for whom Hesler Hall is named) was the first head of the botany department. Both departments were initially housed together in the old Morrill Hall which burned down in 1934. By contrast, the biochemistry department was established much later. Amidst all the political turmoil in 1963, the biochemistry department at the University of Tennessee, Knoxville, came into existence in the fall semester. Prior to 1963, the Department of Chemistry offered a single biochemistry class and the formation of a separate department for biochemistry followed a national trend for this separation. Prior to this, on some campuses there might be found similar departments called agricultural chemistry in agricultural colleges or physiological chemistry in medical schools.

The biochemistry department was founded by Ken Monty (first department head) and three faculty who came to Tennessee from Johns Hopkins University to establish a graduate training program focused on protein structure and enzymology. In the early days, the department only offered a graduate degree. Undergraduates had to be satisfied with a single lecture/lab class. This changed quickly when biochemistry got together with the three other biology departments (botany, microbiology, zoology) in 1973 to establish the Division of Biology and started offering a general biology series of core biology courses. From this, the undergraduate major developed with class instruction in these general courses followed by specialty courses junior and senior year in a student’s department of choice. It was also in this time period that the biochemistry department created an electronics shop to support research. This later developed into the Biology Service Facility, which now serves all of the biology departments. Shortly after this, the Biology Business Office was created to handle ordering, receiving, bookkeeping, and financial reports.

The department officially changed its name to biochemistry & cellular and molecular biology in July 1995 when the former zoology department was dissolved. Zoology faculty who focused on cell and developmental biology and genetics joined faculty of the former biochemistry department to form the new BCMB department. It was also at this time the Department of Ecology and Evolutionary Biology was created. Over the next decade, research expertise in other areas was added to BCMB including experimental and computational structural biology and biophysics. This included the hiring of the first Governor’s Chair, Jeremy Smith. A key aspect of life is that things change and this is true for BCMB too. In spring 2003, the botany department was dissolved and faculty who focused on plants as model organisms joined BCMB bolstering a strength in this area. 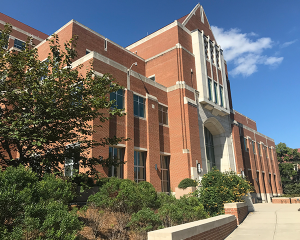 Things have changed dramatically since BCMB was formed. We now have a robust undergraduate curriculum with approximately 250 majors with a declared concentration in BCMB, more than 45 graduate students, and lab and classroom space in Hesler and Mossman Buildings. Class offerings are diverse ranging from structural biology to biochemistry to cell and molecular biology. This diversity is also seen in our research where we have 21 faculty. These research programs focus on answering biological questions across scales from atomic to organismal using diverse approaches including computational and mathematical modeling, biophysics, biochemistry, cell and molecular biology, and various –omics and systems-level biology methods.