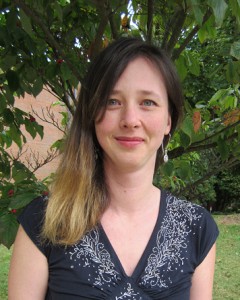 ogenesis. The research focus of my lab is regulation of cell-to-cell communications mediated by the ERECTA family of genes (ERfs). This family first appeared in early land plants and since then has evolved to regulate multiple aspects of plant development such as stomata formation, longitudinal growth of aboveground organs, development of flowers, and functioning of the shoot apical meristem. In the meristem ERfs contribute to size regulation, to efficient leaf initiation, and to establishment of phyllotaxy. ERfs are plasma membrane localized receptor-like kinases that sense secreted cysteine-rich peptides from the EPF/EPFL family and transmit the signal through a MAP kinase cascade. Our current goals are to fully decipher the molecular mechanism of ERfs signal transduction and to further explore ERf role in the shoot apical meristem and leaf initiation. We mostly study ERfs in the model plant Arabidopsis thaliana and use a wide variety of methods, from study of whole plant morphology and cell biology to molecular biology, genetics, and biochemistry.

Bundy M.G.R., Thompson O.A., Sieger M.T., and Shpak E.D. (2012) Patterns of cell division, cell differentiation and cell elongation in epidermis and cortex of Arabidopsis pedicels in the wild type and in erecta. PLoS One, 7:e46262.